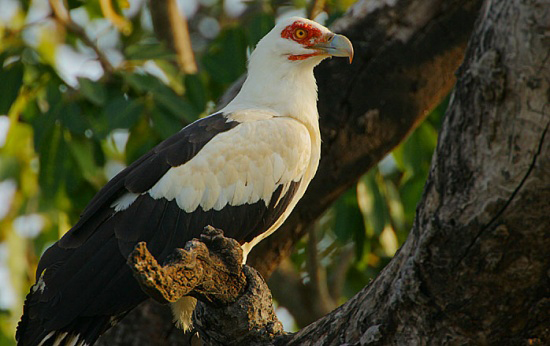 The Palm Nut Vulture, Gypohierax angolensis, is a vulture. Did you picture a vulture? What did you think of? Some words that come to mind when people think of vultures are:

But this vulture is definitely the odd one out. Its name basically gives it away, but let’s be more specific – the Palm Nut Vulture is odd because up to 65% of an adult’s diet consists of oil and raffia palm husks and fruit, dates and other vegetable matter. In juveniles, this percentage increases up to a whooping 92%. 92%!! That’s an awful lot of frugivore habits in what is usually considered a carrion-feeder or carnivore! 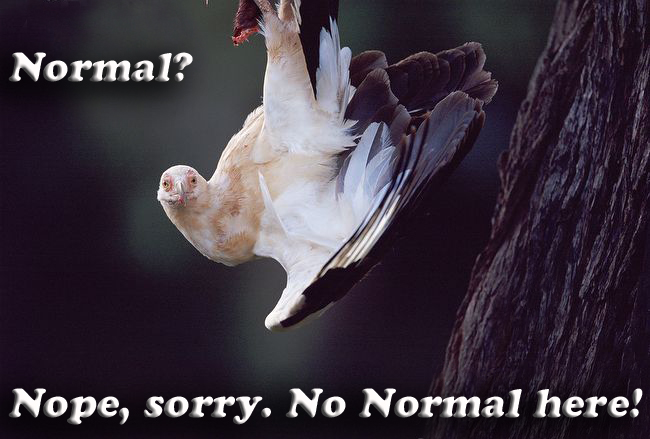 Technically, the Palm Nut Vulture cannot be considered a true frugivore because the remaining 35% of an adults diet is made up of fish, crabs, invertebrates of all types, small mammals and sometimes the more accepted food for a vulture: carrion. Its habitat clearly follows the oil or raffia palm distribution – where there are no palms, there are rarely Palm Nut Vultures. They are considered as least concern by the IUCN Red List and about 240,000 individuals in Africa at the moment, decreasing in West Africa but still going strong in other areas that have larger palm plantations. 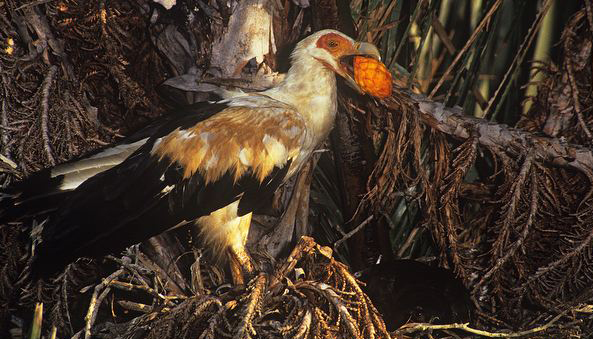 These odd birds also show an incredible attachment to their chosen nesting site, staying in its vicinity during the whole year, not only during the reproductive period. When the single, chocolate coloured egg is laid, both parents participate in incubation and rearing of the chick. Before breeding, couples fly in breath taking aerial displays that are much more acrobatic than most vultures. Unfortunately I didn’t find a video that showed this, but here’s one in which you can see how beautiful this vulture can be. Looks a bit like a butterfly, or is it only me?

On the whole, not what we all thought of when we heard the word vulture. But then again, who are we to “decide” what a vulture should or shouldn’t do? Certainly we’re lucky to have this large friendly bird around, and lucky that it’s not endangered … yet. Let’s try and keep it that way! 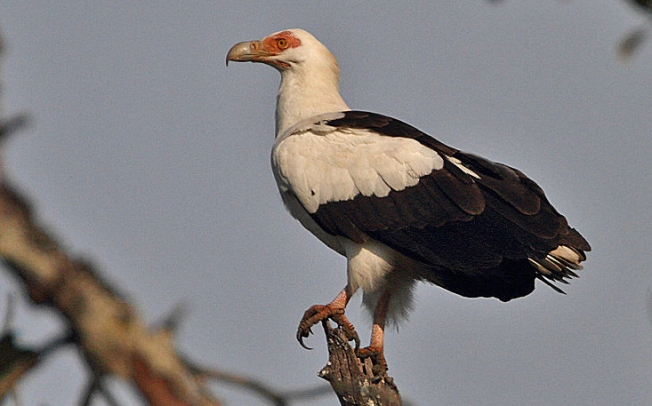